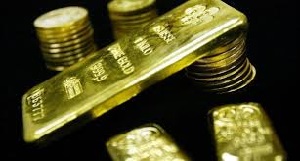 As investors scurried into safe haven assets on Monday after the weekend terror attack in Paris which 132 dead and scores injured, precious metals and oil were rebounding, fetching higher market prices. Gold prices rose on Monday from the six-year low witnessed last week’s as the Paris attacks drove a bout of global risk aversion and a risk-off sentiment that saw US stock futures tumbling lower.

As markets digested how the tragedy impacted on the economy as well as tourism-related stocks saw a sharp fall, equity indices receded. In contrast, gold, traditionally seen as a sanctuary of investors in times of heightened risk, rose up from the ashes to recover its poise. Spot gold witnessed as much as a 1.4 percent rise to hit a 10-day high of $1,097.90 per ounce. At the last check, gold was trading up 0.16 percent at a rate of $1,085 an ounce as U.S. gold futures rose up 0.3 percent to trade at $1,084.30 an ounce.

Close to 3,000 lots would change hands within the first 10 minutes of trading on Monday. And as calculations by Reuters showed, this figure is nearly 10 times the 300-lot average that has been traded within the opening 10 minutes during the past two months.

David Wilson, a financial strategist at Citi, observed, “Gold trading opened much higher early this morning on the back of what happened in Paris over the weekend on perceived geopolitical risk. However, it seems to be quite short-lived considering the bigger macroeconomic issues in the market today are the dollar’s strength plus the [expected] U.S. rate hike”. This was in reference to the interest rate hikes by the U.S Federal Reserve that are expected to come in force in December, 2015.

But whether gold will sustain these trading highs remains to be seen as it’s likely that this volatility will persist for only a short time. On the other hand, equities are most likely set for a recovery before long as the market focuses on the main underlying fundamentals which have supported a prolonged risk rally.

“Gold is struggling to make it back above the $1,100 high,” said Saxo Bank, a senior manager Ole Hansen.

Gold had dipped for 12 out of 13 sessions before Monday’s gains. This was based on increasing bets that the Federal Reserve would be raising interest rates in the U.S, and such an increase would see the opportunity cost of holding the non-yielding asset rise as well after having hit a near-six-year low to trade at $1,074.26 an ounce on Thursday.

Although gold has typically been seen as a safe haven commodity in times of uncertainty, the market has yet to witness a rise in demand from retail investors since the Paris attacks. As German coin dealer Degussa observed in an emailed statement: “Buying of gold was already relatively high all through the last week, but the major reason for that was evidently due to the most recent drop in price,” the statement said. Tracking gold, other precious metals such as silver, platinum and palladium all registered gains; Silver saw a rise of 0.2 percent to trade at $14.27 an ounce while platinum rose up by 0.3 percent to trade at $858.90. Palladium was not left out too, rising up 1.6 percent to trade at $544.50.

Meanwhile, European shares stabilized even as leisure as well travel stocks tumbled. The euro came under heavy selling and was pinned near 7-month troughs against the dollar. This was out of concerns by investors over the economic implications on the Euro-zone from Paris attack on Friday, and many of them were clear of the common currency. The Euro fell by almost 1 percent to trade at 130.62 against the Japanese yen, its worst performance levels since April.