What is the Performance of the UK’s Banks?

This August witnessed the beginning of largest privation in the history of the United Kingdom. Unlike the 1980s style, there was no fanfare, no ‘Tell Sid’ campaign, and a few people would perceive the property being privatized as a piece of family silver. The asset was the government’s 79% share in Royal Bank of Scotland. The government did not enjoy owning the organization and thus has always desired to get rid of it at the earliest opportunity.

Criminal charges, LIBOR-fixing, PPI-mis selling, regulatory fines, litigation costs: seven years since the Lehman collapse, the headlines touching on the UK banking sector are continuing to portray an image of an ailing sector. However, in most cases, these stories circulated around legacy issues- i.e. accounting and clearing up for pre-2008 excesses. Beyond this news, what is the performance of UK’s big three banks. For non-institutional traders and retail investors, is it worth considering the shares in these institutions?

It is erroneous to assume the health of an organization based on its assets’ book value. RBS is a good example: by 2008, RBS was the globe’s biggest bank, in theory at least. However, the bank occupied a precarious position in reality. It had just acquired ABN Amro, leading to reduced capital levels of the bank. The underlying quality of the assets that the bank held also posed a problem. The British taxpayer bailed the bank to a tune of 45 billion pounds with the then government surrendering 502p a share for a 79% stake. The RBS exchanged hands this summer, where the state ownership of the bank came down to 72.9%.

Fast forward to this summer and the world witnessed George Osborne selling off the first tranche of the state’s stake in the bank. The offload was 630 million shares and went to institutional buyers. A retail sale may occur in 2016. Many things may take place between now and then- even though it is reasonable to conclude that it will not be a way for casual investors to get easy money. The Telegraph indentified various possible bullish indicators for the bank: i.e. the fact that it has grabbed an opportunity from the strong global market to offload legacy profits for a handsome profit that will see it reinforcing its main UK operations.

Overexposure to U.S. sub-prime mortgage market resulted to Llyod’s headaches. The stake of the government totaled to only 43%. However, unlike RBS, the bank Llyods quickly got back to its feet when the government bailed it out. April 2010 saw it smiling again after it started making healthy profits again. Llyods offloaded the first tranche of shares in 2013, leading to a 60 million pounds profit for taxpayers.

The government’s stake in the bank has been going down slowly to below 13%. The main recipients of the sell-offs have been institutions. Four months before August end witnessed shares in the bank falling by about 17.5%. However, the consensus is that the bank’s shares will outsmart the market over the next one-year period.

The bank may have survived the financial crisis without help from the government. However, it had to contend with some legal and regulatory issues over the last seven years. It had to put aside 6 billion pounds to compensate for PPI-mis selling and a further 800 million pounds to settle foreign exchange manipulation penalties.

For six months before June ended, the bank pocketed a 25% gain in pre-tax profits. However, analysts say that it still has a long way to go before it gets back on the road of its usual profits.

Thank you to Sir Tim Berners-Lee for creating WWW 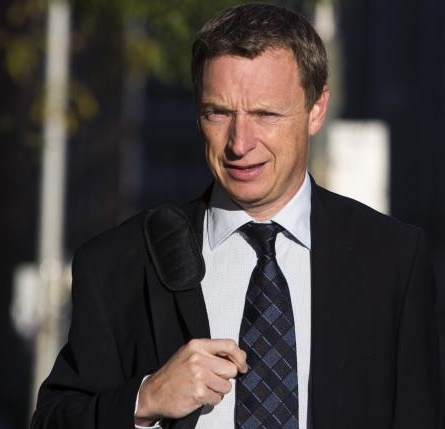