Today, there are several macroeconomic reports that may influence the cross, as listed below:

The Symposium commenced today. The Federal Reserve Bank has been sponsoring the forum since 1978. Among those who attend are the policy experts, central bankers, academics, and financial market investors. The Monetary policies and other economic topics constitute the major part of the discussions in the forum.

The four-week moving average, an indicator that do not have seasonal effects, was 271 500. It marked a drop of 5 500 compared to the revised down average of the previous week.

For 24 consecutive business weeks up to August 14th, jobless claims stood below 300 000 threshold. It implies that conditions in the country’s labor market are improving. During the summer period, claims become volatile because of school vacations and automakers shutting down their assembly points for annual retooling.

Initial jobless claims number, a shorter indicator, indicates the country’s lay-offs. In case of claims that dropped further or met expectations, the US dollar would experience a moderate bullish effect.

The business week that ended on August 14 saw the number of continuing jobless claims probably dropping to the seasonally adjusted 2 250 000 from 2 254 000 in the prior week. The later showed a drop by 24 000 compared to the revised up number of claims in the business week ended on July 31st.the indicator shows the actual number of people who are unemployed and currently under unemployment benefit program, who filed for unemployment help for at least a fortnight ago. He Department of Labor released the weekly report at 12.30 GMT.

The GDP’s second estimate probably indicated an annual growth rate of 3.2% in the second quarter of 2015, as per the median forecast by analysts. The Q2 preliminary GDP estimate reported on July 30th showed an annual growth rate of 2.3%. The Q1 saw the expansion of the economy at an annualized rate of 0.6%, as per the final data. According to the preliminary data, higher consumer spending in Q2 supported the growth, while business expenditure on equipment led to negative growth.

During the Q2, real personal consumption spending increased 2.9%, after a rise by 1.8% in Q1. The Q2 also witness real non-residential fixed investment shrinking 0.6% after a 1,6% surge in Q1. Real exports rose at an annualized rate of 5.3% in Q2 after 6.0 % decrease in the first quarter. Meanwhile, real imports went up 3.5% in Q2 after a 7.1% surge in the prior quarter. Real Federal Government consumption spending and gross investment reduced 1.1% in Q2, equalizing the 1.1 % increase during the Q1, as per the provisional data by the United States Bureau of Economic Analysis.

Binary Option Trading- A Game Of Professional Skill And Experience 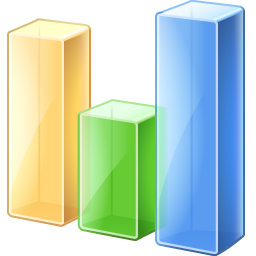